Where we are and where we go depends a lot on where we come from!

Where we were situated at birth, decides to a large extent and with some exceptions, what we are today and where we are situated now. Not to belittle one’s own achievements, the exceptions merely prove the rule.

Those of us born with a silver spoon in mouth, have the shining polish on nails, boots n manners; go to that international school and the ivy league college; get into a great job or inherit the ancestral business. And life is a serial party, a picnic under the hanging garden.

Someone born in a poor family spends entire life trying to fend for self and the family. Children, if at all lucky to be in a government school, are forced out of it sooner or later as more working hands are needed for survival. Even if there is an earning eked out of drudgery, it is so meagre that all of it is spent on few morsels and medicines. The threshold, the inflection- point to break out of the vicious circle of abject poverty and misery is rarely crossed.

Just as wealth begets wealth, poverty begets poverty. Just as birth in favourable circumstances gives a kick start to life, birth in poverty tends to keep one in perpetual penury for generations.

And we have no role to play in where we are situated at birth. It’s accidental whether we are born in a CSS, a R K Marble or an Ambani household, or in the family of a beggar, a bootlegger or a grave-digger.

The arrogance then, which comes from one’s status or station or so-called success or sense of self-importance, is laughable.

In a lighter vein:

Commented someone with pompous humility “whatever I am today, I owe it to the family”. 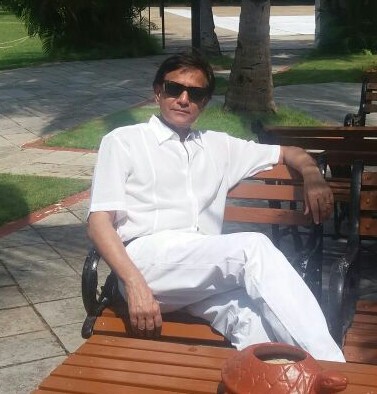 Joie De Vivre ! "....to front only the essential facts of life, and see if i could not learn what it had to teach, and not, when i came to die, discover that i had not lived. ....to live deep and suck out all the marrow of life...to cut a broad swath and shave close, to drive life into a corner, and reduce it to its lowest terms. " - Henry David Thoreau View all posts by nirusarawgiblog

This is a text widget. The Text Widget allows you to add text or HTML to your sidebar. You can use a text widget to display text, links, images, HTML, or a combination of these. Edit them in the Widget section of the Customizer.
Loading Comments...
Comment
×
%d bloggers like this: